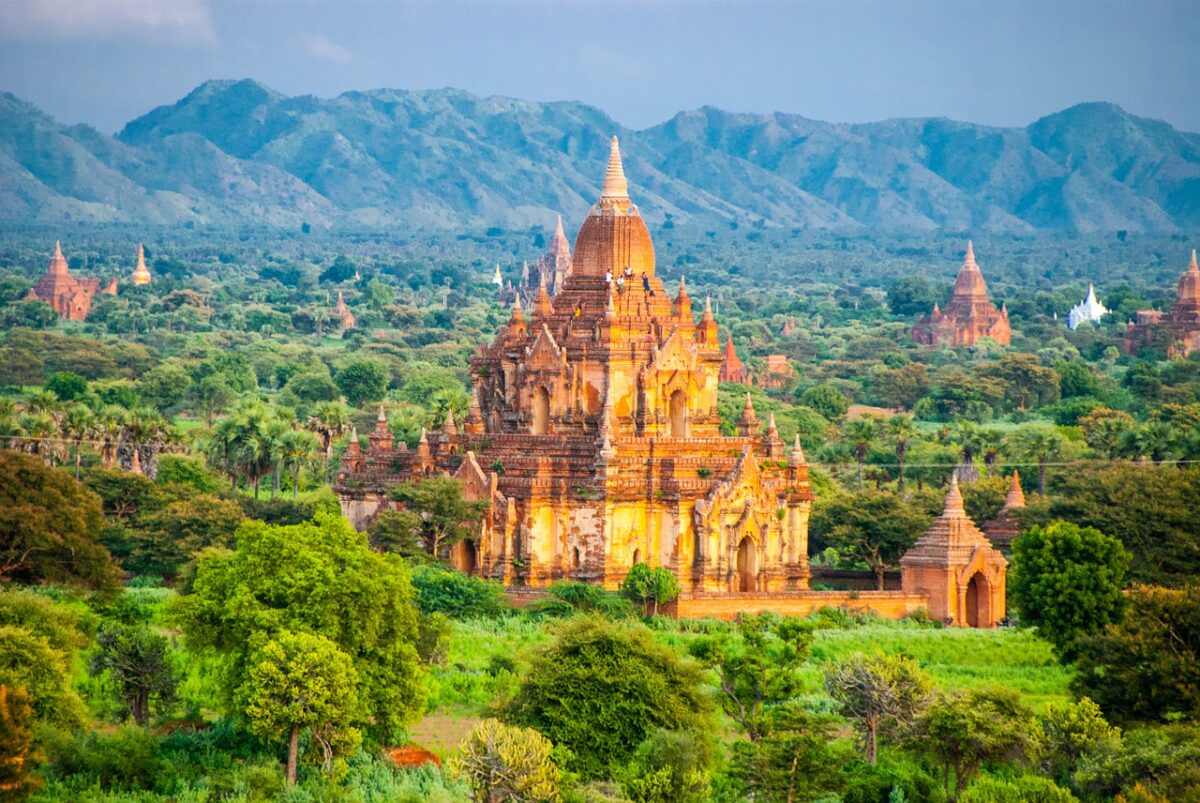 Bagan, formerly known as Pagan is an ancient city in the state of Myanmar (until 1989 called Burma). It is located near the Irrawaddy River, the largest stream in Myanmar, and about 180 km southwest of Mandalay. Bagan has experienced many names, such as “Arid Place” or “Bronze Land”, which refers to the local extreme arid climate zone: Tadesse.

According to the Burmese chronicles, the city was founded in the 2nd century AD.
During its heyday, between the 9th and 13th centuries, Bagan was the capital of the Pagan Empire, which later united the areas belonging to modern Myanmar (Burma) and thus formed the first outlines of today’s state.

At that time, there were over 10,000 temples and about 2,200 have survived to the present day.
However, between the 14th and 18th centuries, people completely left this place. It was said that Bagan was ruled by evil spirits (Nata) and people were afraid to enter.
Only after the British came to the area did the Burmese slowly begin to return. 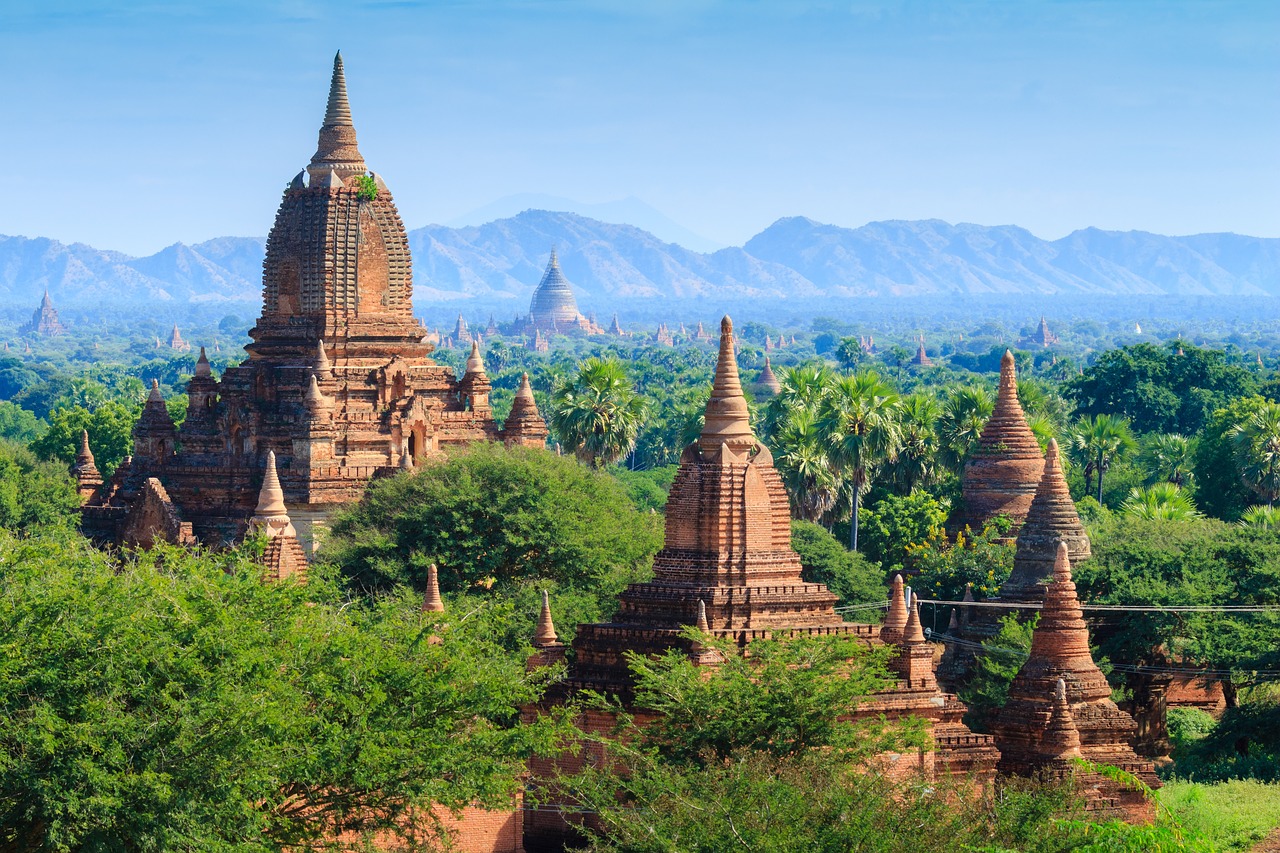 Probably the most authentic way to enjoy the charm of this place is to simply rent a bike and drive through Bagan. However, don’t expect an e-bike here. Rather, you will be driving through a reddish sandy landscape on something that will probably best resemble the old wheels of our grandfathers.
But the experience is worth it.

You will see magnificent temples like Ananda Pahto, or you can watch the sunset from the upper terrace at Pyathada Paya and when you long for peace and solitude you can always find your little temple in this vast place, where you will have a chance to discover that special peace of mind this magical place has to offer. Bagan sought to be inscribed on the UNESCO list for a long time and finally succeeded in 2019.